What is the Narcissistic Cycle of Abuse?

The Narcissistic Cycle of Abuse is very similar to the standard Cycle of Abuse in most domestic violence situations, with a tension-building phase, an abusive incident, a honeymoon phase, and intermittent periods of calm. There are, however, some distinctions:

A narcissist feels threatened every time he or she thinks that something poses a threat to their ego.

For example, if you reject to fulfill some of your partner’s demands, the narcissist may feel disrespected or neglected and therefore threatened.  Soon enough, you begin to sense that something is about to happen.

It ‘s that familiar feeling of “walking on eggshells” that people who live with narcissistic abusers experience.

Your narcissistic partner obsesses over the threat (real or imagined) repeatedly, and the cycle of abuse begins.

The Narcissist Engages in Abusive Behaviors

When they feel threatened, the narcissists typically engage in abusive behavior that can include anything from psychological to financial abuse.

In some cases, the abuse may start with verbal or emotional abuse; your partner may be demeaning, intimidating, and humiliating, which sometimes escalates into physical violence.

This abusive behavior may last for a few minutes or several hours.

Left with no other choice than to defend yourself, you usually decide to fight back.

The Narcissist Becomes a Victim

And then the twist happens and your narcissistic partner your behavior defensive behavior to prove that they are the ones being abused.

Your partner may act as if you initiated the abuse, causing you to feel guilty, accept the responsibility, and reconcile under the narcissist’s conditions.

Once you have given up and decided to go along with the narcissist’s distorted perception of reality, your partner receives the validation of their superiority and power.

By accepting to play along with this pattern of abusive behavior, you feed the narcissist’s ego, and the peace in your relationship restores. Nevertheless, when they sense the slightest threat to their ego, your narcissist partner will start the cycle of abuse again.

Recognizing and understanding the narcissistic cycle of abuse can help you establish boundaries, stop the abuse cycle, and seek help. 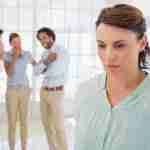 Expect a smear campaign following the grand finale with a Narcissist. A smear campaign is exactly what it sounds like – they’re going to destroy your name among your friends and family, an… 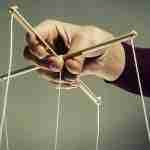 A Narcissist’s Flying Monkeys + 3 Tactics to Disarm Them

The term ‘flying monkeys’ refers to ‘abuse by proxy,’ or having someone else perform the bidding of another person, in this case a narcissist. Anyone who grew up watching The W…

Sex & the Narcissist, are narcissists cheaters?

Social psychologists have spent a lot of time studying narcissism as a personality feature. Still, there are unanswered concerns about how narcissism affects relationships. Narcissists, who have an in… 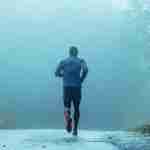 105+ Secrets – What A Narcissist Does Not Want You To Know 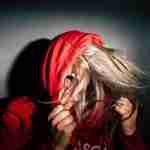 How Gaslighting Works to Erode the Victim’s Reality

Gaslighting is a game of Smoke and Mirrors so dive in to discover a clear explanation of how gaslighting works. While the definition of gaslighting may appear clear-cut, the reality of how it is used … 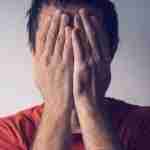 What Is Gaslighting? Gaslighting, explained. How do you convince someone that something they know to be true isn’t? In psychology, what is known as the “illusory truth effect” is a phenomenon in which…