Abuse Warrior may earn a commission for purchases made after clicking links on this page. Learn More.

15 Characteristics of a Sociopath 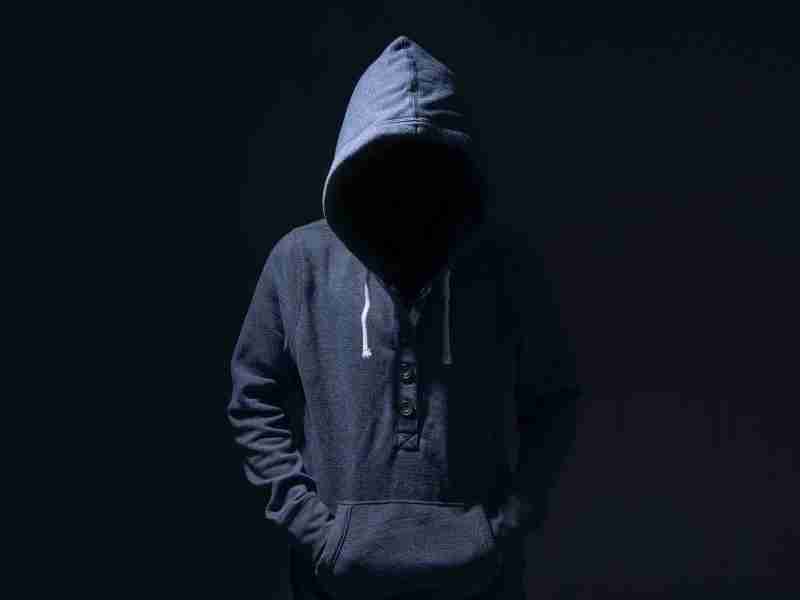 * I generally write using the pronouns he/him when referring to narcissists, but females are just as likely to be narcissists or exhibit narcissistic traits. So please don't think just because article uses the word him or he that it could not be a woman in that same role.

The 15 characteristics of a sociopath listed outlined below, based on checklists developed by Cleckley and Hare, identify features commonly found in those who perpetrate psychological and physical abuse.

Today I’d like to repost a list of the symptoms of psychopathy, offered by two of the main experts on psychopathy, to whom I’ve often alluded so far: Hervey Cleckley (author of The Mask of Sanity) and Robert Hare (author of Without Conscience, Snakes in Suits and The Psychopathy Checklist). Obviously, their lists are very similar since Robert Hare built upon Hervey Cleckley’s ground-breaking research.

1. Considerable superficial charm and average or above average intelligence.

2. Absence of delusions and other signs of irrational thinking.

3. Absence of anxiety or other “neurotic” symptoms. Considerable poise, calmness and verbal facility.

4. Unreliability, disregard for obligations, no sense of responsibility, in matters of little and great import.

6. Antisocial behavior which is inadequately motivated and poorly planned, seeming to stem from an inexplicable impulsiveness.

8. Poor judgment and failure to learn from experience.

9. Pathological egocentricity. Total self-centeredness and an incapacity for real love and attachment.

11. Lack of any true insight; inability to see oneself as others do.

12. Ingratitude for any special considerations, kindness and trust.

13. Fantastic and objectionable behavior, after drinking and sometimes even when not drinking. Vulgarity, rudeness, quick mood shifts, pranks for facile entertainment.

14. No history of genuine suicide attempts.

16. Failure to have a life plan and to live in any ordered way (unless it is for destructive purposes or a sham).

They are able to use language effortlessly to beguile, confuse, and convince. The tendency to be smooth, engaging, charming, slick, and verbally facile.

Psychopathic charm is not in the least shy, self-conscious, or afraid to say anything. A psychopath never gets tongue-tied.

He can also be a great listener, to simulate empathy while zeroing in on his targets’ dreams and vulnerabilities, to be able to manipulate them better.

Sociopaths do not recognize the individuality or rights of others, which makes any and all self-serving behaviors permissible.

3. Grandiose sense of self.

The sociopathic cult leader enjoys tremendous feelings of entitlement. He believes everything is owed to him as his right.

A grossly inflated view of one’s abilities and self-worth, self-assured, opinionated, cocky, a braggart. Psychopaths are arrogant people who believe they are superior human beings.

Sociopaths lie coolly and easily, even when it is obvious they are being untruthful. Confronting these lies may provoke unpredictably intense rage or simply a Buddhalike smile.

5. Lack of remorse, shame and guilt.

At the core of the sociopath is a deep seated rage, which is split off (psychologically separated from the rest of the self) and repressed.

Whatever the emotional or psychological source, sociopaths see those around them as objects, targets, or opportunities, not as people.

For sociopaths, the end always justify the means, and there is no place for feelings of remorse, shame or guilt.

A lack of feelings or concern for the losses, pain, and suffering of victims; a tendency to be unconcerned, dispassionate, coldhearted and unempathic. This item is usually demonstrated by a disdain for one’s victims.

They rarely reveal a range of emotions, and those they do reveal are superficial at best, and fabricated at worst.

Hiding behind the “mask of sanity”, the sociopathic cult leader exposes feelings only in so far as they serve an ulterior motive.

Emotional poverty or a limited range or depth of feelings; interpersonal coldness in spite of signs of open gregariousness and superficial warmth.

Although he may refer to himself, for example, as the “living embodiment of God’s love,” the leader is tragically flawed because he is unable to give or receive love. Love substitutes are given instead.

A lack of commitment to a long-term relationship reflected in inconsistent, undependable, and unreliable commitments in life, including in marital and familial bonds.

Thrill seeking behaviors, often skirting the letter or spirit of the law, are common among sociopaths.

Cult leaders live on the edge, constantly testing the beliefs of their followers, often with increasingly bizarre behaviors, punishments, and lies.

An excessive need for novel, thrilling, and exciting stimulation; taking chances and doing things that are risky.

Psychopaths often have a low self-discipline in carrying tasks through to completion because they get bored easily. They fail to work at the same job for any length of time, for example, or to finish tasks that they consider dull or routine.

9. Callousness and lack of empathy.

Sociopaths readily take advantage of others, expressing utter contempt for the feelings of others. Someone in distress is not important to them.

A lack of feelings toward people in general; cold, contemptuous, inconsiderate, and tactless.

Like small children, many sociopaths have difficulty regulating their emotions. Adults who have temper tantrums are frightening to be around. Expressions of irritability, annoyance, impatience, threats, aggression and verbal abuse; inadequate control of anger and temper; acting hastily.

The occurrence of behaviors that are unpremeditated and lack reflection or planning; inability to resist temptation, frustrations and momentary urges; a lack of deliberation without considering the consequences; foolhardy, rash, unpredictable, erratic and reckless.

Sociopaths frequently have a history of behavioral and academic difficulties.

Equally prevalent are difficulties in peer relationships, developing and keeping friends, self-control, and managing aberrant behaviors, such as stealing, arson, and cruelty to others.

A variety of behaviors prior to age 13, including lying, theft, cheating, vandalism, bullying, sexual activity, fire-setting, glue-sniffing, alcohol use and running away from home.

Behavior problems between the ages of 13-18; mostly behaviors that are crimes or clearly involve aspects of antagonism, exploitation, aggression, manipulation, or a callous, ruthless tough-mindedness.

Not concerned about the consequences of their behavior, sociopaths leave behind them the wreckage of other people’s lives and dreams.

A failure to accept responsibility for one’s actions reflected in low conscientiousness, an absence of dutifulness, antagonistic manipulation, denial of responsibility, and an effort to manipulate others through this denial.

Repeated failure to fulfill or honor obligations and commitments; such as not paying bills, defaulting on loans, performing sloppy work, being absent or late to work, failing to honor contractual agreements.

Marital fidelity is rare among sociopaths.

There are usually reports of countless extramarital affairs and sexual predation of adult and child members of both sexes.

A variety of brief, superficial relations, numerous affairs, and an indiscriminate selection of sexual partners; the maintenance of numerous, multiple relationships at the same time; a history of attempts to sexually coerce others into sexual activity (rape) or taking great pride at discussing sexual exploits and conquests.

The sociopathic cult leader tends to move around a lot, making countless efforts at starting over while seeking fertile new ground to exploit. An inability or persistent failure to develop and execute long-term plans and goals; a nomadic existence, aimless, lacking direction in life.

An intentional, manipulative, selfis, and exploitative financial dependence on others as reflected in a lack of motivation, low self-discipline and the inability to carry through one’s responsibilities.

Cult leaders change their image and that of the group as needed to avoid prosecution and litigation, to increase income, and to recruit a range of members.

Cult leaders often have an innate ability to attract followers who have the skills and connections that the leaders lack.

A diversity of types of criminal offenses, regardless if the person has been arrested or convicted for them; taking great pride at getting away with crimes or wrongdoings.

The use of deceit and deception to cheat, con, or defraud others for personal gain; distinguished from Item #4 in the degree to which exploitation and callous ruthlessness is present, as reflected in a lack of concern for the feelings and suffering of one’s victims.

a revocation of probation or other conditional release due to technical violations, such as carelessness, low deliberation or failing to appear.

If You Need A Crisis Hotline Or Want To Learn More About Therapy, Please See Below:

1 thought on “15 Characteristics of a Sociopath”